Enquiries, Stems of IMO2020 Grade Bunkers Ramp Up in Istanbul 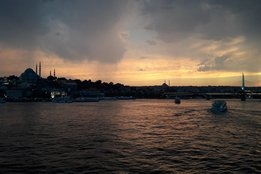 Istanbul has seen notable interest in its offering of VLSFO bunkers since supply of the IMO2020 grade fuel was introduced at the start of this month.

"For example, I have already fixed three ships for VLSFO in one day."

The growth comes amid a global rise in interest from bunker buyers for the new low sulfur products as Q4's pricing and supply of HSFO begins to look uncertain.

As for Istanbul, Energy Petrol was the first supplier in to offer the IMO2020 grade material in the market, which has since been reinforced by other Turkish suppliers now also having started VLSFO supply.

"Istanbul has been one of the first to supply VLSFO bunker fuels in the region, confirming its position as the area's key market," Muhtaroğlu added.

Istanbul is also the host city for this years's IBIA Annual Convention, which takes place from October 22-24. For more details visit: https://www.ibiaconvention.com/

Oil Closes In On $75, Triggering Worry Of A Supercycle

One analyst sees a trading volatility range of between $35-$130 per barrel.

Seven of the 12 largest container lines by volumes carried did not not release a 2020 sustainability report in the first half of 2021.