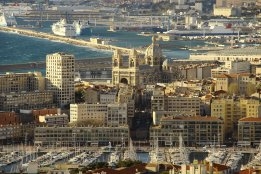 The French Mediterranean port of Marseilles Fos is to extend electric shore power to all ships in its eastern harbour.

The port already has some cold ironing coverage, the phrase refers to quayside plug in power, but is investing $22 million to increase this capacity, according to maritime news provider Cruise and Ferry.

Getting berthed ships to use electric power as opposed to distillate-burning auxiliary engines in port reduces air pollution from ships' emissions and is a common request from anti-pollution campaigners.

The port's head, Herve Martel, is quoted as saying that the goal is to make the port 100% electric by 2025.