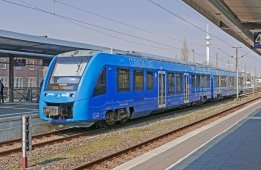 Norwegian ferry operator Norled has two hydrogen-fuelled ferry projects in hand which it hopes will generate wider interest in the alternative form of marine energy.

One ferry will use liquid hydrogen while the other will use compressed hydrogen.

Liquid hydrogen has space-saving advantages but is not widely available in the Norwegian market. However, that ferry's power needs are such that it can be sufficiently supplied.

The compressed version of hydrogen is currently the cheaper in the Norwegian market.

Despite these limitations, the company can see a future market for the alternative fuel.

"We are using these first projects to get the energy companies interested and present a future market for them," Norled project manager Ivan Ostvik said in an interview with marine tech news provider Passenger Ship Technology.

Both of Norled's ferry newbuilds will operate a hybrid system using battery and fuel cell energy.

Ostvik said that hydrogen complements batteries as the density of the battery technology is not enough to power car ferries and fast ferries sailing over longer distances and at higher speeds.

However, worry persists over the degree to which the lockdowns have wrecked the economy.