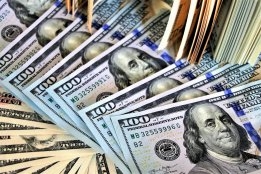 Bunker suppliers in the Mediterranean are charging as much as $90/mt more for the very low sulfur fuel oil (VLSFO) they deliver than the underlying bulk cost, according to price reporting agency S&P Global Platts.

The premium for delivered VLSFO at Gibraltar over CIF Mediterranean cargoes has averaged $90.38/mt so far this month, the agency reported Friday.

That compares with a $29.11/mt premium for delivered high sulfur fuel oil (HSFO) over cargoes in the same period of last year, when HSFO was the dominant bunker fuel.

Meanwhile at Rotterdam Platts reported delivered VLSFO prices at a $13.66/mt premium over FOB Rotterdam barges, compared with a $7.28/mt premium for HSFO a year earlier.

The vessels will have a cargo capacity of 23,000 TEU, bigger than any boxships on the water today.

The company has withdrawn a proposal for a dividend to shareholders for 2019, and is planning to recycle four ships and place up to ten more in cold layup.