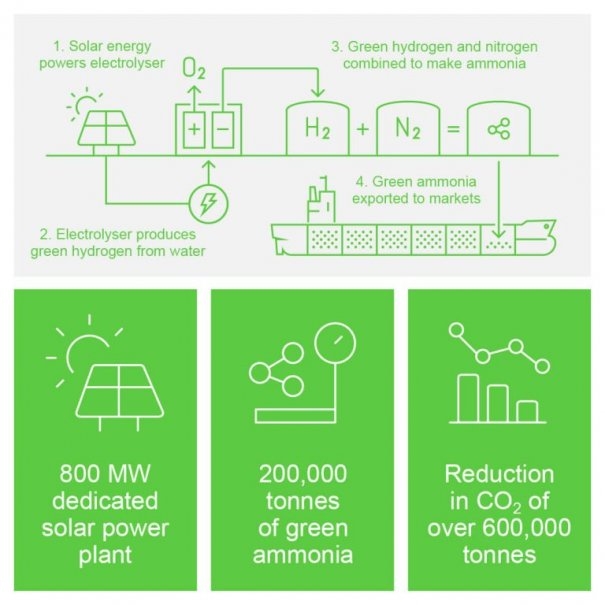 At peak production levels the facility will be able to produce 40,000 mt/year of hydrogen. Image Credit: KIZAD

The authorities in Abu Dhabi are seeking to build a facility to produce as much as 200,000 mt/year of green ammonia.

UAE-based technology company Helios Industry will build the plant an the Khalifa Industrial Zone Abu Dhabi (KIZAD), KIZAD said in a statement on its website on Tuesday. The project will cost about $1 billion.

"It will be one of the first plants in the GCC to produce green ammonia from hydrogen, using renewable energy from an 800MW dedicated solar power plant," the organisation said.

At peak production levels the facility will be able to produce 40,000 mt/year of hydrogen, which can make up to 200,000 mt of green ammonia.

The company recently bunkered Liberian-flagged tanker the Solar Roma with 865 m3 of LNG at Port Klang.

In a trial over the first four months of 2021, Seanergy's Capesize vessels reported savings of up to 12%, and 8% on average, using DeepSea's weather routing and voyage optimisation platform Pythia.