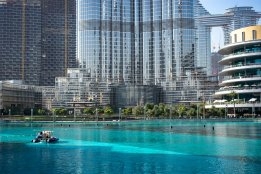 Malek Mostapha has joined the company as of this month, according to a post on his LinkedIn profile Monday.

Mostapha was previously a senior trader for GP Global in Dubai.

GP Global's bunkering business has been brought almost to a standstill amid a restructuring exercise and fraud allegations. The company's staff are still being paid but are not taking on new business in the bunker market while negotiations with banks are ongoing.

Sing Fuels has moved its Dubai branch to a new address in the city at Jumeirah Lakes Towers, the company said in July.

The new office is to "accommodate further growth of the team", the company said.

The company has already tested biofuels in its ships this year and is doing further work to develop zero-emission solutions.

MGO supplying barge to operate from next month.

The MPA estimates potential savings from its TR 48 standard that has been in force since June 2016 at SGD80-199 million per year.