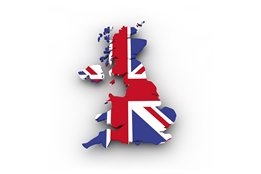 ExxonMobil today said it will invest over $1 billion in its Fawley, UK facility that will boost the plant’s ultra-low sulfur diesel (ULSD) production by almost 45%.

The investment will help reduce the need to import diesel into the United Kingdom, which imported about half of its supply in 2017, the energy major says.

The upgrades include a hydrotreater unit to remove sulfur from fuel, supported by a hydrogen plant, which combined will also help improve the refinery’s overall energy efficiency.

Construction is scheduled to begin in late 2019, subject to regulatory approval, and startup is expected in 2021.

While ExxonMobil did indicate the upcoming IMO2020 sulfur cap on marine fuel played a part in its decision making, unlike its recent Singapore refinery investment, ULSD is nevertheless a valuable blending component for the creation of 0.50% sulfur bunker fuel blends.

The lack of new orders may tighten the freight market.