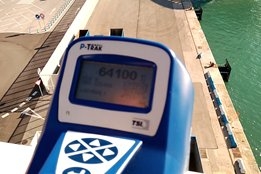 German green group Control Nature and Biodiversity Conservation Union (NABU) and Spain-based Ecologists in Action have made a renewed call for the creation of an emission control area (ECA) in the Mediterranean Sea.

The call comes after the groups say they carried out measurements of atmospheric emissions from sea traffic in the Strait of Gibraltar and Barcelona and found them to be up to 70 times higher than the base level of pollution in most urban areas.

A video showing emissions testing on April 17, 2018 in proximity to a cruise vessel was also released.

Ecologists in Action are urging the Spanish government to join up with France ... to radically limit the entrance of highly polluting shipping in the Mediterranean Sea

Europe is already home to two ECAs, located in the North Sea and the Baltic Sea, where the sulfur cap on marine fuel is limited to 0.10%.

"Ecologists in Action are urging the Spanish government to join up with France, which has led the drive to create Sulphur Emissions Control Areas, to radically limit the entrance of highly polluting shipping in the Mediterranean Sea. To this end, Ecologists have invited, not just those responsible for air quality at Ministry level, but also leading air quality technicians from Andalusia, Murcia, Valencia, the Balearic Islands and Catalonia, to participate in the International Mediterranean Shipping Conference - Reducing air pollution from ships in the Mediterranean Sea," the groups said.

The conference is being organised by France Nature Environnement, the French Environment Ministry and NABU, with the collaboration of the alliance of environmental NGOs to which Ecologists in Action belongs.

Formal discussion of a Mediterranean ECA was raised by France at a European Council meeting last year.

The firm is looking for candidates with experience working with physical products and derivatives.