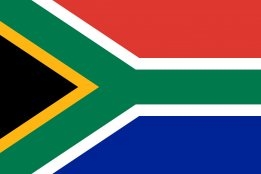 A fight is brewing in South Africa over methods allegedly used by some local bunker suppliers to avoid paying tax on marine fuel deliveries to domestic shipping.

The tussle concerns a practice known locally as 'roundtripping'. The practice involves a supplier taking a cargo of bunker fuel out of the country, performing no cargo operations or bunker deliveries and then returning to South Africa to sell the fuel to local customers there.

The cargo could then be treated as imported product by the tax authorities and would be exempt from tax that would be applicable on bunker sales to domestic shipping. The tax avoided amounts to 5 rand per liter, according to a local market source.

A spokesman for SAMF told Ship & Bunker that its activities were 'fully compliant with South African laws and regulations'.

"The company categorically and unequivocally states that any allegations of any sort of wrongdoing, law-breaking, or apparent cheating are false," the spokesman said.

"SAMF and its management team have always complied and followed all applicable South African laws and regulations."

The South African Revenue Service is also understood to be carrying out a longstanding investigation into the tax status of the country's bunker industry. A spokesman for the organisation declined to comment on the investigation when contacted by Ship & Bunker on Friday.

Stan Anagnostopoulos has joined the firm as a bunker broker as of this month.