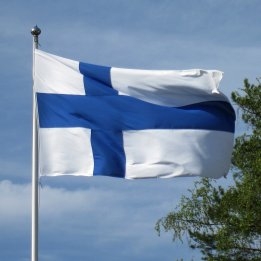 Gas supplier Gasum has agreed to build an LNG bunker supply terminal at the Finnish port of Vaskiluoto.

Gasum has signed an agreement with the City of Vaasa, NLC Ferry Oy and Wärtsilä Finland Oy to supply LNG bunkers to ferry operator Wasaline, the company said in a statement on its website on Monday.

Gasum will build a terminal at Vaskiluoto where LNG bunker deliveries will be carried out by truck.

The gas will be supplied to Wasaline's new gas-powered ferry the M/S Aurora Botnia, due to start operating later this year.

"The new ferry, M/S Aurora Botnia, which will operate the Vaasa-Umeå route, is nearing completion," Peter Ståhlberg, CEO of Wasaline, said in the statement.

"Our ship will be the most eco-friendly passenger and car ferry currently under construction.

"The ship's engines will run on liquefied natural gas and moving forward also on renewable biogas."

S&B ANALYSIS: The Widening HSFO / VLSFO Spread and Potential for a Second Wave of Scrubber Uptake

Ship & Bunker looks at the high/low sulfur spread in 2020, outlook for the spread in the years ahead and other factors impacting the landscape for scrubber uptake.

Nicolas Vukelja of Terramar Oil was reelected for a second term .The board members will start a three-year term on April 1.