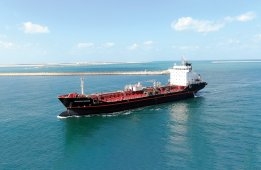 Global marine fuel supplier Monjasa has entered the growing biofuel bunker market with a new partnership in the Middle East.

The firm bunkered the Great Eastern Shipping Company's tanker Jag Prerana with 233 mt of a biofuel blend off Dubai on March 9, the company said in an emailed statement on Wednesday.

A spokesman for Monjasa told Ship & Bunker the stem was the company's first delivery of biofuel in its history.

The fuel supplied was a B20 blend containing 20% biodiesel, with the remainder consisting of conventional VLSFO. The biodiesel was produced by UAE-based Neutral Fuels, the VLSFO came from Uniper Energy DMCC and Monjasa blended it and supplied it using its delivery vessel the Monjasa Server.

"By promoting new partnerships with Uniper and Neutral Fuels, Monjasa is present at the production site and throughout the supply chain to understand the full spectrum of logistics needed to make this project a success," Moustapha El Maghlouk, commercial director for the Middle East and Africa at Monjasa, said in the statement.

"With our combined synergies across fuel sourcing, production and logistics, we are confident of building a scalable biofuel option and we are already receiving interest for biofuel-blends from several shipping companies operating in the Middle East."

A range of shipping companies have carried out biofuel bunker trials over the past year. Biofuels can act as a drop-in replacement to conventional bunkers, with little in the way of engine modifications needed to run them, meaning they can deliver emissions savings without increased capital expenditure while companies consider their options for the more expensive zero-carbon options needed in future.

The rapid growth in the biofuel bunker market in Northwest Europe has come with considerable subsidies from port, national and regional authorities, and similar subsidies may be needed elsewhere if the market is to become a global one.