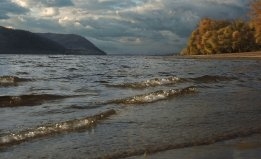 The fuel will be available at ports along Russia's Volga river. Image Credit: File Image / Pixabay

Rosneft's marine fuels unit RN-Bunker has made its first sales of the 0.1% sulfur product at the ports of Yeisk, Rostov-on-Don and Azov, it said.

The fuel is made at the inland Novokuibyshevsk refinery in the south-west of the country, and can be sold at ports along the Volga river or delivered by rail elsewhere in Western Russia, Rosneft said.