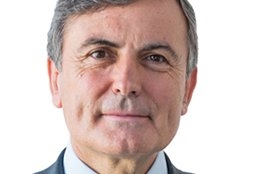 Spain has backed the creation of an emissions control area (ECA) in the Mediterranean, as long as certain conditions are met.

It is the first time the country as a whole has leant its backing to the long-mooted proposal and follows a call by Barcelona City Council in December to create such a zone.

“Spain supports the creation of an ECA in all the Mediterranean Sea, provided that all its coastal countries support stand this is discussed and approved within the International Maritime Organization (IMO), as well as the ECAs of the North Sea and Baltic Sea for Sox and more recently for NOx, were approved,” Spanish Transport Secretary, Pedro Saura, said at an event Monday.

IMO approval of the ECA was particularly important, Saura said, given the large volume of international traffic that transits the waters and the status of the Straight of Gibraltar as an International Strait.

Non-governmental organisation Nabu, one of the event’s sponsors, believes a Med ECA could be in force as early as 2023.