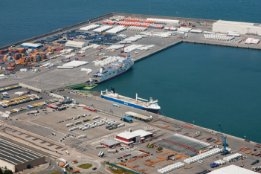 Repsol today announced it has started the construction of an LNG bunker terminal in the port of Bilbao, Spain.

The Bilbao terminal will have a storage capacity of 1,000 m3 and is expected to be commissioned in the first half of 2022.

The project will involve an investment of more than €10 million ($11.7 million) and along with a second terminal of the same capacity in Santander, are co-financed by the European Commission through the CEF- Connecting Europe Facilities Programme.

Brittany Ferries says the move away from conventional oil fuels to LNG is part of efforts to reduce its emissions footprint.