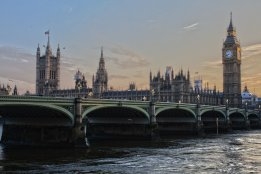 James Wilcoxson has joined the company's London office as of this month, he said in an update to his LinkedIn profile this week.

Wilcoxson was previously a bunker trader for South African Bunkering and Trading in South Africa.

Established in 2014 as a broker and trader, Sonan Bunkers has offices in London, Athens, Oslo, Rio de Janeiro, Singapore and a physical position in Rotterdam. In February the company announced it had taken on a barge for spot and contract 0.1% sulfur marine gasoil deliveries in the ARA region.

The new hire joined the firm in April.

The ministry alleges the ship was engaged in 'an illegal discharge of hydrocarbons'.