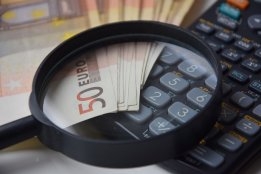 For operators to choose zero-emission marine fuel over conventional forms, the former must move closer to the latter, according to a new report.

The problem of bunker fuel competitiveness and zero emission targets is the subject of Closing the Gap from Getting to Zero, a maritime lobby group with wide support in the shippng industry.

The report looks at which policy options might best bring conventional and alternative fuel forms into line.

"The cost of zero-emission fuels must be significantly reduced to close the competitiveness gap with fossil fuels," said Christian M. Ingerslev, CEO of Maersk Tankers.

"Policy makers must put in place the necessary regulation to make zero-emission shipping commercially viable and the default choice by 2030," he added.

According to the report, a policy package "could consist of a global market-based measure which collects revenue which is then used fairly to support the transition [to zero-emissions]".

An average carbon price of just under $200 [per metric tonne] would bring about shipping's full decarbonization [by 2050], whereas for a 50% reduction in the sector's emissions, the carbon price would be around 10% lower, according to the report.

"The imposition of market-based measures on the shipping industry is relatively uncharted," said Alison Shaw, research associate at University College London and the report's co-author.

"The sooner policy-makers can surmount this challenge together, the better for the transition, the industry, and the environment," she added.

In Europe, two proposals are emerging on how shipping might be included in a regional emissions trading scheme. One emanates from the European Parliament while the other belongs to the European Commission.

Which proposal comes out on top remains to be seen but the liklihood of a measure being passed is high.

"The chances of shipping escaping both attempts are less than 50%," according to Justin Stares of Maritime Watch.

The division will be managed by James Stapleton, formerly director of marine sales at Parkland-owned fuel supplier Tropic Oil.