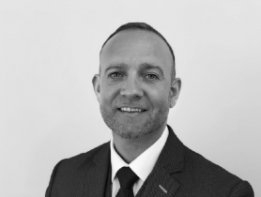 The new hire joined the company at the start of the year. Image Credit: River Marine Fuels

River Marine Fuels was founded in 2002 with an initial focus on UK, Irish and North European ports. In October the firm hired Eric Ninauve as a senior bunker trader in France to expand its Northwest European business.

Parkes was previously a bunker trader covering Nigeria and West Africa for the largest bunker trading company in South Africa, the company said, and earlier in his career served in the UK's Royal Marines and subsequently provided armed security to ships in the Indian Ocean and patrol boat escorts in Nigerian waters.

"We look forward to using Phil’s skills in his area of expertise."

The firm spent $3.835 billion on its bunker consumption last year.

The application will be heard at Singapore's High Court on March 8, with creditors invited to attend to support or oppose it.