EU Sees All Options on Table on Shipping Carbon Policy 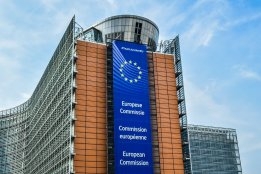 Regulators around the world will have their eyes on the European Commission's proposal for shipping as they consider their own decarbonisation measures. File Image / Pixabay

The European Commission is considering a range of options for how to address shipping's carbon footprint, and not just the possibility of including the industry in the EU's existing emissions trading system (ETS), according to one of its officials.

The commission is widely expected to announce the inclusion of shipping in the existing ETS in a legislative proposal next month.

But price reporting agency S&P Global Platts reported on Friday that all options remain on the table for the proposal, citing comments from Maja-Alexandra Dittel of the commission's directorate general for climate action.

As well as including shipping in the existing ETS, the commission is also considering creating a separate ETS for the transport sector, taxing shipping's emissions and creating a hybrid system of emissions trading and complementary measures, Platts cited Dittel as saying.

"We are not in a position to say exactly what we will come forward with," Platts cited Dittel as saying.

"Political decisions are needed on this."

The move will be the first step towards taxing the shipping industry for its carbon emissions, and will be watched closely by regulators around the world. The UK, China and the US are reported to be considering emissions trading for shipping, depending on the results of the EU's attempt.

Meanwhile the International Maritime Organization tends to disapprove of these moves at the regional level, arguing they undermine its global approach. But with any global IMO measures on carbon taxation looking to be at least a few years away, regional and national bodies are likely to continue making their own plans before then.

The well-to-tank carbon emissions associated with the cargo have been offset using carbon credits from Natural Climate Solutions projects.

Montfort is a new commodity trading firm with a particular focus on gasoline, distillates, and crude.