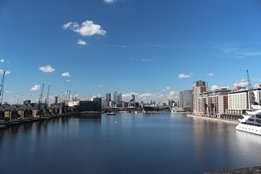 The British Ports Association (BPA) says more needs to be done to understand the impact of open-loop scrubber use on sediments in port areas.

Following recent pushback on the technology, BPA notes the primary focus has been to address concerns over water quality while the specific debate on the impact on sediments, particularly in port areas with enclosed systems, has barely begun.

"Our concern is that the contaminants being removed from ships' exhaust emissions in ports could build up in sediments, perhaps over many years, making future dredging campaigns more problematic," the group says.

"Dredging is not cheap and disposing of contaminated sediments increases costs ten-fold. It also makes the process of obtaining consents for disposing of spoil much more time-consuming, difficult and on certain occasions almost impossible."

BPA says it notes the recent bans on the technology by some ports, but that ultimately the UK government's position is that open-loop scrubbers are an important part of the picture when complying with the sulfur cap.

"It may be that the risks are minimal, and that is our hope, but this remains an unknown."