ANALYSIS: What the Ukraine Crisis Means for Bunker Companies 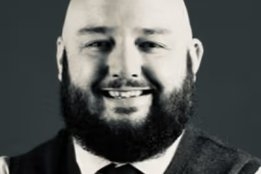 In a period where we flinch every time we click on the news sites online, as every day seemingly brings dark headlines and more difficult topics to digest, the news late yesterday and again overnight has stood out as being particularly difficult.

Words like 'annexation' and 'historic ethnicity' are redolent of dark times in the previous century which most of us thought or hoped we were past. The move to recognize two breakaway parts of eastern Ukraine by Russia and to then (as looks likely) move vast amounts of military hardware and troops into those areas to protect their sovereignty brings us to the cusp of what now seems inevitable: war in Ukraine.

This editorial does not seek to take sides or to assess the validity of Russia's claims, or of Ukraine's claims either. Russia could be right and acting in the interest of its pro-Russian people in eastern Ukraine, or it may not.

Few of us really understand the issues at play, and even fewer of us have actually been there and understand how the people there feel. As was the case in COVID times, merely having an opinion shaped solely by media coverage of something does not make me an expert.

But I think it is important to look at the effects for us specifically in the bunker industry. How will the darkening clouds of war in Ukraine affect us, professionally?

Well, that we can talk about.

High oil prices may be good for margins but are not good for any of us from a credit and financing standpoint.

The first thing that most of us will see in terms of an effect will have already started: the shocking upwards of oil price indexes as the market panics. Brent reached a seven-year high this morning at over $97/bbl and looks likely to hit the three-figure mark in the next few hours or days trading.

That is bad news for the smaller bunker traders and suppliers with limited capital to finance them. High oil prices may be good for margins but are not good for any of us from a credit and financing standpoint.

High oil prices will mean storage stocks will diminish as their holders seek to cash in, with clear and present further implications for the tanker market at large.

Then the high oil price means moving things by sea becomes more expensive, and this will further increase the bloated container rates see saw in 2021. Consumer goods and filling the car up with petrol will become more expensive again.

Taking Ukraine out of the reckoning for bringing grain and associated agribulks to market will drastically affect price indexes of these commodities.

More profound, though, will be the impact on the bulk sector. With the European grain season starting in about five or six months, taking Ukraine out of the reckoning for bringing grain and associated agribulks to market will drastically affect price indexes of these commodities.

Which way will it go?

On the one hand you have TCE rates for mid-sized bulkers around the harvest season tending to firm off the back of this movement and so without it, there may be some significant softening in rates as the tonne/mile demand isn't there any more.

Or, commodity prices may actually increase as millions of tonnes of grain that would nominally be hitting the market from Ukraine, Belarus and surrounding regions may not do so because of the damage or disruption to the logistical infrastructure that a war is likely to cause.

Simple economics dictate that if global grain and associated agribulk commodities demand is "our daily bread" – so more or less constant, then lower grain exports from Ukraine and surrounding areas should or would see the commodity price for these cargoes that are unaffected by the war, go up.

It is difficult to see where the market will go, but clearly the rates landscape and the tonne/mile demand they are linked to for oil and bulk sectors will be very much affected with significant volatility to be expected. That will affect all of us.

Bulk players with cargoes in play may benefit from lower TCE spot rates.

Bulk players with cargoes in play may benefit from lower TCE spot rates, those with longer term TC tonnage in may find some challenges. As the market adapts there will be opportunity for some and difficulty for others.

Longer-term, there are geopolitical issues that may see further financial market volatility in Europe and the US particularly, and for sure the Russian publicly-listed companies will see dramatic changes in share price.

We may even see the question of another recession in the EU economies closest to Ukraine raised again in relation to fiscal policy at governmental level.

The economies of the Baltic states, important bunkering hubs in themselves, may encounter serious headwinds off the back of the (largely Western) narrative that Russian expansionism may yet swallow them up too, although how true that really is, is something really only President Putin knows for sure.

History shows that this may manifest in the form of foreign investment becoming much harder to attract, economic growth becoming stunted and inflation going up for these states. Defence spending for NATO members will surely dramatically increase now, no matter what.

From a credit point of view, the counterparty risk paradigm has changed again and only time will tell to see how many if any shipping or bunker companies are existentially affected.

Russian players, looking to safeguard cashflow, may stop giving credit in the market.

Russian players, looking to safeguard cashflow, may stop giving credit in the market as we have already started to see recently. Bunker companies without specialist Russian-speaking, Russian-expert teams in Russia dedicated to Russian business will find things exponentially more difficult there from now on.

I am relieved to say, we at Delta Energy are incredibly fortunate to have an extremely well-regarded and highly-capable team there who will be absolutely crucial for us for our Russian and Ukrainian business moving forward. We'll be fine there, but others may struggle.

With my compliance manager head on, the spectre of western sanctions against Russian companies linked to the government will make things even more opaque, especially if the 'big guns' of OFAC listings are brought into the fray.

That is bad news for everyone as we all know how fast these things move and the importance of staying abreast of developments.

We have always been super-vigilant on compliance matters and maintained a more conservative than needed posture to these risks and we will of course be tightening up our procedures and policies proactively in light of these new developments.

The same conversation has been had or is being had right now at more or less every bunker trader company across the world.

I'll end this by saying that I hope calm heads do prevail and that whatever the outcome, as few innocent lives are lost as a result of what has happened as possible.

While bunkering sometimes feels like life and death, there are more important things in life to worry about and I'm sure we all, regardless of nationality or where we stand on the questions posed by recent events, can spare a thought for the fighting men and women on both sides and the innocent civilians on both sides, caught up in this gathering storm.

Gasum Supplies Tanker With LNG and Bio-LNG Off Gothenburg

The firm bunkered Donsötank's new tanker the Prospero with LNG and bio-LNG off Gothenburg on Thursday.