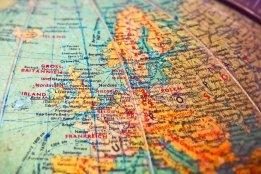 Weak demand and plentiful supply are bearing down on bunker markets across the globe, market sources say.

The sense of little having shifted since the coronavirus pandemic tore a chunk out of global trading activity is at large in Northwest Europe.

"Stocks are high [in Europe]," a bunker supplier based in the region told Ship & Bunker.

"The situation for independent suppliers is very difficult," the supplier added.

A sign of clear distress in the market comes from reports of bunker barges being "given back" because of poor demand.

The global market situation appears to be little better.

According to London-based market analyst Energy Aspects, the third quarter supply is expected to rise by 620,000 barrels a day from the second quarter as China and Brazil increase production.

"Until recently, bunker fuel sales at key bunkering hubs were buoyed by opportunistic restocking, but sales volumes have since caught up with the reality of slowing global trade," the analyst was quoted as saying in a note by regional news provider Arab News.

"We had 9-10 million metric tonnes [of fuel oil inventories] at the start of the year that was supposed to draw by the start of the second quarter but we are seeing 13 million mt now and [it is] building every month," the report said quoting a senior fuel oil trader.

Wärtsilä will provide the LPG fuel supply system for the ships.

The HR and communications departments of Bunker Holding will now take on that function for the wider USTC organisation.