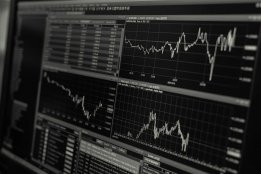 The agency reported a greater emphasis on counterparty risks as credit tightens following the sanctions imposed on Russia by western states in a note released on Monday.

In addition, it said that many suppliers worldwide have turned their backs on Russian businesses and oil products.

Price indications from Ship & Bunker at the start of the week were tracking a fall from last week's highs with the global average bunker price down by $26 pmt on Friday.

Traders noted some loss of freneticism towards the end of last week.

"The market has been calmer the last two or three days," one bunker trader told Ship & Bunker on Monday.

Whether it stays that way remains to be seen.

The systems act as scrubbers removing sulfur and other emissions as well as capturing carbon dioxide.

Sea-LNG last month set out their views on the prospects for alternative fuels and the case for LNG.