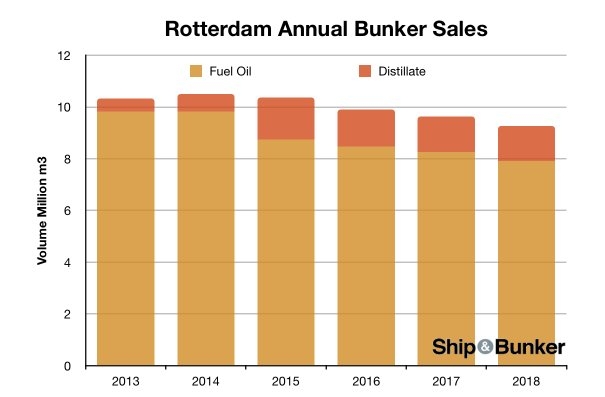 "The Port of Rotterdam Authority suspects that the decline in bunker volumes in Europe's largest bunker port is a consequence of the increased scale and use of modern vessels in container shipping," the port said.

"Supplies to container ships account for approximately 70 per cent of the total Rotterdam bunker market."

In the third part of Ship & Bunker's interview with Tyler Baron, the Minerva Bunkering chief sets out his assessment of IMO 2020 so far.