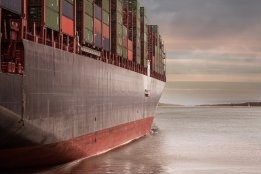 Changes to the global bunker market stemming from IMO2020 could play well for Quadrise Fuels, according to its executive chairman.

The significant tranche of demand for high sulfur marine fuel left in the market could turn to the emulsified fuel producer's proprietary product MSAR.

"That gives MSAR an entry point into the marine market," Mike Kirk said.

And while the project between Quadrise and Maersk ended without a supply contract in place, Kirk noted that Maersk is to install emissions abatement technology on a portion of its fleet. "We are in regular contact with the company," he said.

Funding for the various projects -- Quadrise has a big stake in the power generation sector -- is in place for the next 18 to 20 months, the executive confirmed to Ship & Bunker.

While a previous call for cash fell short of its target, the amount secured was sufficient for the time period, he said.

Looking ahead, Quadrise successfully tapped its existing shareholder base for £1.8 million ($2.2m).  It also collected a further £750,000 from the capital markets.  In addition, it has a £2 million facility with US fund manager Bergen with an option on a further £2 million.

With those funds in place, Kirk said that the company will aggressively pursue opportunities for MSAR in its target markets.

"From everything we're hearing availability is there," says ICS' Esben Poulsson.

A new scheme covering several ports may come into operation at the start of next year.