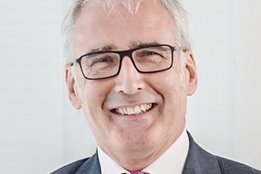 Emulsion bunker fuel firm Quadrise Fuels International [AIM:QFI] says it has secured further funding of around £1.8 million ($2.2 million), enough to avert any immediate need to wind down its business.

The funding follows an appeal for fresh financing in July that came after its previous call for cash in December 2018 fell short of expectation.

Nevertheless, in January Quadrise said it had still raised enough to fund operations until early October 2019 and avert an "orderly winding down" of the business.

"We are delighted to have received a very enthusiastic response from Quadrise's existing shareholders to the Open Offer. Having raised gross proceeds of £1.8 million from the Open Offer, in addition to funds raised pursuant to the Subscription and the Funding announced on 23 August 2019, Quadrise is now funded to build, in the medium-term, on the substantial progress made in business development activities during 2019," said Mike Kirk, Executive Chairman of Quadrise.

Despite what appears to be its precarious financial footing, investor confidence in the firm appears to have remained in tact over the recent months; with a market close Friday of 3.99p, its share price in 2019 has remained comfortably above the 52-week low of 1.98p it hit at the end of 2018.

But health experts insist this will merely trigger round two of the pandemic.

IMO's Fourth Greenhouse Gas Study is On Schedule Despite Coronavirus

The study is due to be published towards the end of this year.