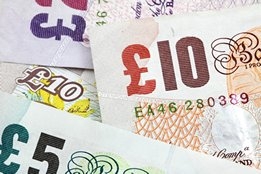 Emulsion bunker fuel firm Quadrise Fuels International [AIM:QFI] has launched a fresh appeal for cash as it looks to help secure a future beyond the next few months.

In a statement released today the firm confirmed its previously announced position that it currently has funding to last only until early October 2019.

The company was already in trouble last year, but in January secured approximately £1.51 million from a new share offering - although this was less than the £2.16 million it had originally hoped for.

Since then Quadrise has announced the appointment of former BP man Bryan Kaye Sanderson as a non-executive director and a partnership deal with Saudi firm Al Khafrah Holding Group (AKHG).

The Gibraltar delivered VLSFO premium over CIF Med cargoes has averaged $90.38/mt so far this month, according to Platts.