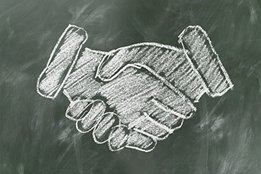 Sanderson spent more than 35 years with BP in various executive positions, most recently as Chief Executive of BP Chemicals before retiring in 2000.

He is currently Interim Chairman of the UK Government's Low Pay Commission in addition to holding a number of other board positions.

"We are delighted that Bryan has joined the board of QFI, bringing with him a wealth of knowledge, experience and connections from over 35 years as a senior executive and having served on the Boards of some of the UK's most prominent businesses," said Mike Kirk, Executive Chairman of QFI.

"His depth of knowledge within the energy, chemicals and financial sectors will be invaluable for the business and having someone of Bryan's stature join Quadrise at this important time is a clear endorsement of the progress that we are making."

QFI has been pushing to commercialize its technology for several years and has long held the IMO2020 sulfur cap would  be a boost for its business.

With the exception of an otherwise successful trial with Maersk that was cut short in 2017, QFI continues to search for customers within the marine space.

In January the firm said it had raised enough additional funding to continue its operations until early October.

And how technology can help.

Amid reports of ongoing delays.