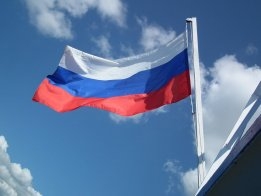 The decline in Russian bunker demand may have been at its sharpest in March. File image / Pixabay

Russian bunker demand may be rallying somewhat after plummeting in March in the wake of the invasion of Ukraine, according to data from marine fuels analytics firm BunkerMetric.

BunkerMetric's BargeTracker service, which tracks satellite and other data on bunker barge locations to analyse marine fuel sales activity, appears to show demand at four key Russian ports hitting a low point in March before rising again in April and May.

Looking at Murmansk, Novorossiysk, Ust-Luga and Vladivostok together, the BargeTracker data shows 249 bunker operations in March, down from 298 in February and 301 in January, followed by 257 in April and 264 in May. The numbers are for bunker deliveries to non-Russian-flagged vessels only.

The data tracks the total number of operations only, and sales volumes may have changed by different amounts if average stem sizes have changed.

Some shipping companies may have started to return to bunkering in Russia after avoiding the country's ports in the immediate aftermath of the invasion in late February, Christian Plum, CEO of BunkerMetric, told Ship & Bunker. Sales may start to decline again from June with the impact of further sanctions on Russia, he added.

"My impression is that in March many were scared off from bunkering there, but then it seems like they're returning," he said.

"In April there was less of a decline and in May even less, so they're coming back, it looks like that.

"That could make sense because at first they may have panicked a bit, and then after it's like, 'Ok, the other guys are doing it,' then they come back again."

The two companies have signed a memorandum of understanding to evaluate options for the supply of ammonia as a bunker fuel in and around Hamburg and Houston.

The US government's transport decarbonisation strategy cites onboard carbon capture systems as a promising technology.

Jose Femenia, PE discusses the use of a fuel oil-ammonia system as a practical route to decarbonizing the maritime industry.