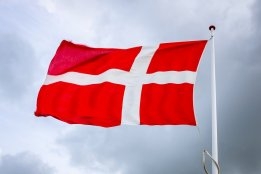 The Danish ship will coordinate its activities with those of the Italian, British, French and Portuguese navies in the region. File Image / Pixabay

Denmark's frigate the Esbern Snare has arrived in the Gulf of Guinea to patrol in the area and discourage piracy, news agency Maritime Danmark reported on Wednesday. The ship will coordinate its activities with those of the Italian, British, French and Portuguese navies in the region.

Monjasa has already supplied the vessel with its first stem of bunker fuel from the Monjasa Ranger.

Monjasa is a signatory to the Gulf of Guinea Declaration, calling for further naval support in the region to combat piracy. The Gulf of Guinea was responsible for more than 95% of the 135 seafarer kidnappings reported globally last year.

However, conflicting outlooks are spreading almost as fast as the variant.

The firm has hired Teri Houhouli as a senior trader in its Athens office.