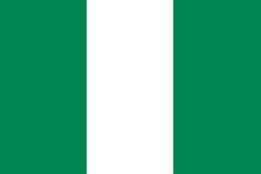 Efforts in Nigeria will be key to suppressing piracy, according to BIMCO. File Image / Pixabay

The increasing problem of piracy in the Gulf of Guinea could be suppressed with a relatively small naval presence provided on a rota system by countries outside the region, according to shipping industry body BIMCO.

BIMCO has convened a group of shipowners to draft a declaration on piracy in the region, it said in a statement on its website on Monday. The Gulf of Guinea was responsible for more than 95% of the 135 seafarer kidnappings reported globally last year.

"BIMCO maintains that the piracy can be suppressed with as little as two frigates with helicopters and one maritime patrol aircraft which actively combat piracy in the area," the industry body said in the statement.

"It is therefore imperative that non-regional countries provide the necessary assets on a rotation basis, and that one or more states in the area support the effort with logistics and prosecution of arrested pirates.

"The Declaration does not aspire to provide the long-term solution to the piracy problem but to help make seafarers safe today."

The firm is helping to design the EcoClipper500, a modern sail cargo vessel based on the design of the Dutch clipper Noach that launched in 1857.

ScanOcean will make the product available ex-pipe at Södertälje from the end of this month, alongside its current offer of DMB MDO from Neste.