Shipowner: Ships Should Sail if Compliant Fuel not Available 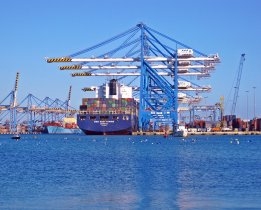 Shipowners deserve immunity from penalties if circumstances prevent them from complying with the International Maritime Organisation's (IMO) new sulfur cap on bunker fuel which comes into force in just over a year's time, a shipowner has said.

"If you arrive in Australia and you ask for 0.5% fuel and there isn't any, what are you going to do? Stop the vessel there and say you will wait until they find the fuel?" managing director of Italian shipping firm Grimaldi Group Emanuele Grimaldi was quoted as saying by trade website automotivelogistics.

Grimaldi, who was speaking at a conference in Athens last week, said if there is a problem with supply making it impossible for the ship to comply, the vessel should stay on schedule and not face prosecution.

Availability of compliant fuel has been one of the fears voiced by shipowners and operators in the run up to IMO2020. While the major bunkering hubs are not expected to have problems with supplying the right kind of fuel, the risk at smaller ports is seen to be greater.

From January 1, the global sulfur cap on bunker fuel will be set at 0.5%

The firm posted first-quarter bunker consumption of 2.7 million mt in a results statement on Wednesday, up from 2.5 million mt in the same period of 2020.

Ulvan Rederi's ship the Oddrun With is under construction in Turkey and will have a 350 m3 LNG tank as a well as a battery propulsion system.