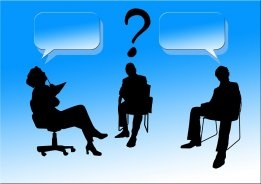 Banning open-loop scrubbers on the back of "exaggerated claims" will do more harm than good, the Exhaust Gas Cleaning Systems Association (EGCSA) has said.

Reacting to the latest ban on the technology by United Arab Emirates port Fujairah, the body has called on other ports considering a ban to look closely at the issue before making a move.

"We urge other ports and other authorities to research the matter in depth before making hasty decisions inspired by exaggerated claims that may have a very significant, negative impact on the shipping industry," EGCSA's Don Gregory said.

Further bans could also  "undermine the credibility" of the International Maritime Organisation's (IMO) marine environment protection committee and the work it undertook "before deciding to include compliance methods such as marine scrubbers in regulation 4 or Marpol Annex VI".

Exhaust gas cleaning units, which are more commonly known as scrubbers, were "carefully investigated" by the IMO before being given the green light for a role in meeting the 0.5% sulfur cap, Gregory added.

The use of open-loop scrubbers, where the water used in the scrubbing process is discharged into the sea, has been the focus of intense debate following moves by ports to ban their operation. While some inland waterways and ports have imposed restrictions on their use, the decision by major bunkering centres Singapore and Fujairah to ban the operation of open-loop systems in port has upped the ante.

A closed-loop system retains the water for later discharge.

OOMCO aiming to be among the top fuel bunker suppliers in the GCC by 2027.