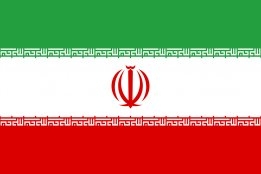 Iran denies any responsibility for the incident. File Image / Pixabay

Tensions have risen in the Gulf of Oman after a bitumen tanker was briefly hijacked on Tuesday, raising the spectre of further disruption in the region.

Armed men boarded the bitumen tanker Asphalt Princess on Tuesday in the Gulf of Oman, news organisation the BBC reported. The tanker has since been released.

The US, UK and Israel have blamed Iran for the attack, while Iran denies the accusation.

The incident follows a drone strike on an Israeli-owned tanker off Oman last week.

A resumption of tanker attacks by Iran or Iranian-affiliated forces would be likely to drive significant disruption in tanker markets in the region. It would also make a return of legal Iranian crude exports to the global market much more unlikely in the near term.

The company is currently seeking an operations executive in Singapore, as well as several marine fuels traders at locations around the world.