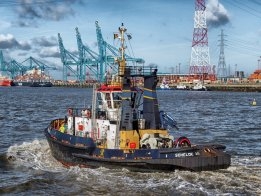 The new hire will be based in Antwerp. File Image / Pixabay

Christophe Rooman has joined the company as of this month in a 'commercial bunker development' role in Antwerp, according to an update to his LinkedIn profile.

Rooman was previously a marine fuels trader for United Bunkers in Belgium.

Gunvor has had a volatile relationship with the bunker market in Northwest Europe over the past few years, with the changing outlook for VLSFO profit margins having a strong influence on its thinking over the future of its refineries in Rotterdam and Antwerp.

The firm at present has mothballed its Antwerp refinery and shut down the crude distillation units at the Rotterdam plant.

The new hire has joined the company as of this month in a 'commercial bunker development' role.