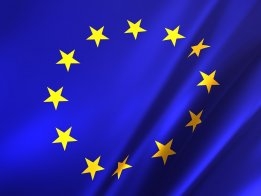 The "uniform application of the sanctions" is stressed by the organisation in a statement on its website.

"A harmonised implementation of the ban on Russian vessels from EU ports should be ensured, maintaining a level playing field between ports, and preventing "port shopping" by Russian ships.

"The European Maritime Safety Agency could play an important role in [this by] providing a clear list of Russian vessels to be banned from EU ports, taking into account those vessels that have re-flagged or re-registered since 24 February," the statement added.

Under the EU's 5th sanction package, Russian flagged ships are banned except for those delivering agricultural and food products, humanitarian aid and energy.

Espo was set up in the early 1990s to lobby for the interests of seaports lying within the EU. One of its stated objectives is to promote free and fair competition in the port sector, according to its website.

The company is looking for candidates with at least three years of experience as a bunker trader, as well as the right to live and work in Greece.

The report, published this week, examines and compares the safety profiles of ammonia, methanol, hydrogen and LNG when used for bunkering.