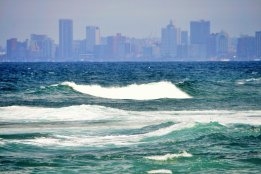 The refinery is located near Durban. File Image / Pixabay

An explosion has hit Engen's Durban refinery in South Africa, according to news agency Reuters.

The explosion was reported on Friday morning, Reuters reported, citing a local metropolitan police official. It is unclear yet whether there have been injuries or deaths.

The refinery is one of the main suppliers of bunker fuel in the South African market, and any production impact there would be likely to drive up prices relative to competing ports.

Engen plans to release a statement about the incident later on Friday.

Friday's incident follows another explosion at Astron Energy's Cape Town refinery earlier this year at the end of a planned maintenance programme.