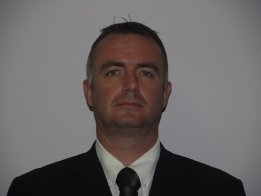 Bee said cost may be one factor in bunker purchasers' decisions not to request more recent specifications. Image Credit: VPS

A large percentage of the bunker market is still using specifications drawn up 15 years ago, according to testing company VPS.

Currently about 25% of the samples seen by VPS were from product ordered to meet the International Organization for Standardization (ISO) specifications from 2005, Steve Bee, the company's group commercial and business development manager, said in a webinar hosted by Riviera Maritime Media Tuesday.

"Almost a quarter of the fuels that we test are still being tested to the 2005 specification," Bee said.

ISO periodically updates its ISO 8217 specifications for bunker fuels to take account of developments in marine fuel content and engine capabilities, and the bunker market often takes several years for the new set to become widely used as the basis for fuel purchases.

The Devil You Know

"The first reason [why some of the market has stuck to the 2005 specifications] is probably to do with availability of that fuel type, or to that specification," Bee said.

The 2005 specification "is obviously something the industry is very familiar with, and in its time was a very good standard," he said.

Cost may also be a factor, with fuels produced to the 2017 standards being sold at slightly higher prices than fuels using the older specifications, he said.

The ISO published a document last year giving guidance on how the new very low sulfur fuel oil blends should fit into its existing fuel specifications, but has yet to issue a new set of specifications since the start of IMO 2020.

But the bunker market should not expect any immediate update from the ISO, Bee said.

"The ISO working group are working very hard on producing that next revision, but I don't think we should really expect that revision before 2022," he said.