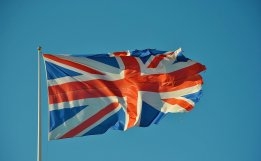 The UK is aiming to reduce its greenhouse gas emissions to net zero by 2050. File Image / Pixabay

A committee drawing up advice for the UK government on its commitment to taking the country's greenhouse gas emissions to net zero by 2050 has recommended that shipping be included in the plan.

The UK's Committee on Climate Change published a progress report Thursday that argues international shipping and aviation should be formally included in the target when the country sets its sixth 'carbon budget' in the first half of next year.

The report also calls for the government to "build on the Clean Maritime Plan to develop incentives for zero-carbon ammonia and hydrogen supply chains for UK shipping."

The International Maritime Organization's initial strategy on the decarbonisation of shipping sets a less strict target of halving the industry's total greenhouse gas output from 2008's levels by 2050.

New Mangalore Port Trust had invited tenders for the contract and awarded it to Indian Oil on April 6.

A $7 million contract to investigate the wreck has been awarded to US-based Resolve Marine Group.