In an event of a short delivery be wary that empty tanks may not be empty even with zero dip and that substantial pumpable may exist.

Verify the tanks claimed to be empty - don't take the supplier's word for it.

The bunker surveyor or the vessel representative should notify the barge representative that the zero dip volume of the tank(s) shall be included in the bunker tanker calculations.

The condition shall deemed to apply when the closing gauge would indicate no oil cut whereas the visual inspection of the bunker tanker cargo tank indicate free flowing oil at the aft of the tank.

To avoid zero dip volume application, sufficient bunkers should be retained in cargo tanks such that it touches all four sides of the tank.

However, if the tape is used inside a sounding pipe this correction would be invalid.

Liquid cargo should only be trim and/or list corrected if the liquid is in contact with all bulkheads.

When the liquid is not in contact with all bulkheads, a wedge correction should be applied. 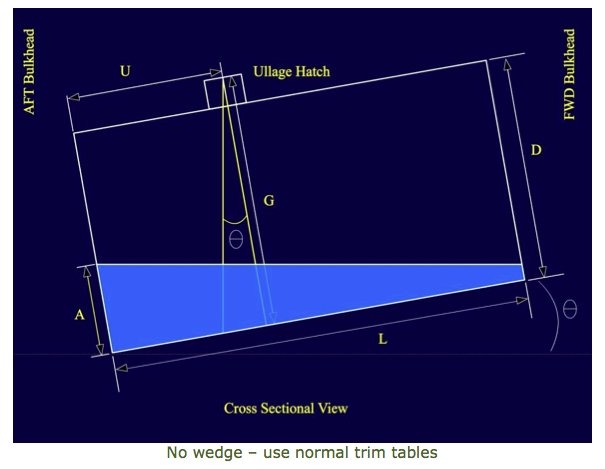 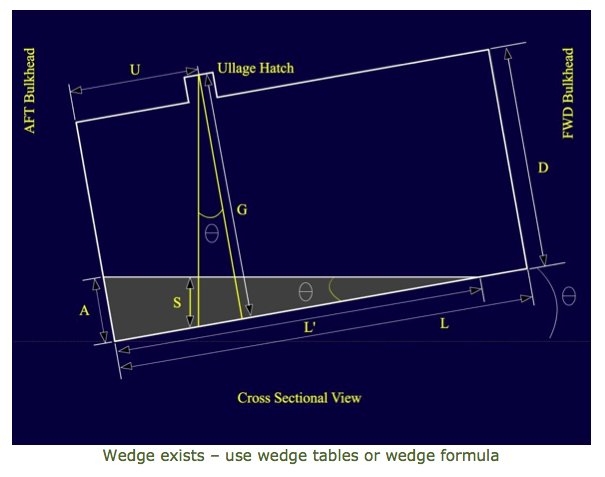 *Cut - The oil level on the tape or bob or the water level marking on a tape or bob coated with water indicating paste. "Taking a cut" is taking a measurement of the oil or water level.

The company is seeking to order ten 15,000 TEU ships and charter another ten from a non-operating owners.