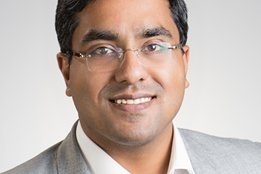 On the 28th of October, 2016, the International Maritime Organization (IMO) announced the 1st of January, 2020 as the date for shipowners, around the world, would be required to meet the 0.5 wt % sulfur cap on global bunker fuel. Many shipping companies, charterers, and refiners were hoping that the date of implementation would be pushed to 2025, but the IMO recently again confirmed that the 2020 timeline was firm. As recently as October 22, 2018, the IMO reconfirmed the 1st January 2020 deadline. In IMO's opinion, the lower global sulfur limit will have a significant beneficial impact on the environment and on human health, particularly that of people living in port cities and coastal communities.

During the last few months, several refiners have confirmed that they are working on proving a 0.5% Sulfur fuel to the market. Exxon Mobil, announced in early 2017, that they would offer 0.5% compliant fuels in Northwest Europe, the Mediterranean, and Singapore. In September 2018, Shell gave further details on the availability of their 0.5% Sulfur product and announced availability in the four major hubs of Singapore, Rotterdam, Fujairah, and Houston. Shell also announced availability in New Orleans, Freeport, Antwerp, Danish Straight, and Mauritius. Other major refining companies have also indicated that they are working on proprietary blends to help meet the regulatory requirements.

If we look at the current landscape of fuel suppliers, one thinks of refiners and blenders suppling fuels to the ship owners either directly or through physical or paper trading houses. Currently, the supplies include a 3.5% High Sulfur Fuel Oil fuel (HFO) and a 0.1% Low Sulfur Distillate product (MGO). In the last few years, the market has also seen a new Ultra-Low Sulfur Fuel Oil (0.1% S ULSFO) enter the market, but the volumes of this fuel have been relatively low. The HFO is typically used in the open seas and ships usually switch to MGOs in the Environmentally Controlled Areas (ECA).

there are no globally approved definitions of the characteristics of the 0.5% Sulfur fuels

From January 1, 2020, ships are required to emit SOx equivalent to 0.5% Sulfur in the open seas (compared to 3.5% Sulfur). Ships can do this either by using more expensive 0.5% Sulfur fuels or by using exhaust abatement technologies.

The issue however is that there are no globally approved definitions of the characteristics of the 0.5% Sulfur fuels. What we all know at this point is that the 0.5% Sulfur fuels could be either residual or distillate grades. Even with strict guidelines around the current 3.5% and 0.1% fuel offerings, we see several issues of fuel quality around the world. With very limited guidance from the IMO on 0.5% fuels, in addition to the expected compatibility problems, we also foresee other quality related issues such as catfines, stability etc. Issues with compatibility alone brings us to the next talking point, that of storage.

More pots in the kitchen

Post 2020, all indications lead to the current HFO prices falling and pricing of the newer 0.5% fuels to be somewhere in between the spread of the then HFO and 0.1% MGO prices. A 0.5% residual fuel price is expected to be above the 3.5% HFO pricing and a 0.5% distillate is predicted to be below the 0.1% distillate pricing. Simple supply and demand leads to the conclusion that the volumes of HFO will drop and the huge tanks that currently store HFO in terminals will see a drop in utilization.

With more types of fuels, more suppliers, and differences in qualities of fuels, there will be a natural increase in the need of storage and the sizes of storage

From the 2 types of fuels currently provided in the market (HFO and MGO), the previous discussion led to the conclusion that there will be at least 4 different types of fuels post-2020 – HFO, MGO, 0.5% Residual, and 0.5% Distillate. However, unlike today's environment where refineries and blenders dominate physical supplies, we predict to see an increase in the number of suppliers in the market post 2020. At V-TIC Services, we are involved with new companies working on building crude topping units, re-refiners working on producing marine fuels, and other innovative approaches to desulfurize fuels. Given the lack of strict guidelines around 0.5 % fuels, this means that these new and different approaches of developing fuels, might lead to fuels that are not compatible. Moreover, the quantities of fuels produced by these approaches, will be lesser than the mass fuels produced by the current refiners.

With more types of fuels, more suppliers, and differences in qualities of fuels, there will be a natural increase in the need of storage and the sizes of storage. Ernie Barsamian, CEO & Principal of The Tank Tiger said, "With the increase in prices of fuels, the amount of fuel consumed in the shipping industry might reduce. However, to serve the same number of clients, one will need more pots and pans in the kitchen." Ernie's company specializes in helping clients find the right storage options for their fuels.

Another important consideration is one of fuel compatibility. While traditionally, the number of storage tanks used for certain fuels are simply a demand and supply calculation, with new fuel types coming out, fuel compatibility issues are expected. This means that comingling of fuels in tanks cannot be done without due consideration to fuel compatibility. It is important to note that the current ISO 8217 standards do not test for compatibility and going forward, ignoring this test will be a big risk for fuel suppliers and blenders. For example, a 0.5% HFO made by one refiner, may not be compatible to another 0.5% HFO derived by a desulfurization operation. Given this new risk, Ernie's comments of needing more pots and pans seems even more appropriate.

Terminals and other storage companies having storage with a variety of sizes of tanks are excited to benefit from the opportunities that 2020 will bring to the table. Suppliers and Terminals investing in smart storage will be the biggest beneficiaries of the new regulations right after the suppliers who provide the fuel at the lease cost in the market. Barge companies too will have to work on the right mix of barges to deal with the increasingly complex fuel supply. The new regulations will bring a lot of uncertainty to the market, but if done correctly, there are also a lot of ways to make most of an uncertain environment.

Ananth Srinivasan is the Vice President of V-TIC Services, a Fuel Testing and Inspection startup, headquartered in Houston. He is involved intimately with the supplier community and works closely with clients to help them get ready for the IMO 2020 regulations. Prior to V-TIC Services, he worked for 15 years with Baker Hughes Inc in a variety of roles including P&L Management, Sales, Operations, Engineering, Product Development, and Project Management.

Ibia and other industry bodies say the issue should be discussed at the IMO.