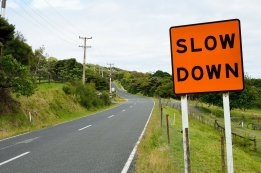 "We advocate the introduction of a carbon pricing mechanism on marine emissions in order to ensure a level playing field to incentivise fuel efficiency, lower and no carbon emitting fuels," the company said in its 2019 Responsibility Report, published Thursday.

"We support the mandatory introduction of slow steaming, which will reduce the emissions intensity of the global fleet.

"We consider both initiatives would be significant steps towards achieving the IMO GHG reduction targets, but we also acknowledge the difficulties in introducing and enforcing global initiatives on marine shipping."

Trafigura's own emissions jumped by 26% last year to 7.99 million tonnes of carbon dioxide equivalent last year, it said, and its maritime emissions took up 89% of the total.

Sri Lanka's government plans to sell four plots of land in Colombo Port City to an investor who plans to establish a bunkering facility.

The firm has also developed a 'carbon capture-ready' notation for ship designs highlighting their suitability for having the technology retrofitted.