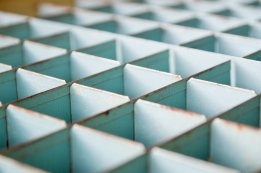 Bunker suppliers are more likely to clean out fuel oil tanks than not in the run up to the switch to low sulfur bunker fuel, a price reporting agency has said.

Bunker suppliers will need to balance the demand for high sulfur fuel oil from scrubber-equipped ships against making sure they don't lose out on volume on the higher value IMO2020 grade fuels.

"It is safer to over-clean and dirty up a tank later once the relative demand for each product becomes more established," wrote Argus Media's Matt Wright in the Argus Blog.

According to the agency, stocks of high sulfur fuel oil are at historical lows across major ports which has kept crack spreads (the relative value of refined against crude oil) tight.

Wright said that the current tight supply of high sulfur fuel oil "could be exacerbated" if bunker suppliers do opt for tank over-cleaning.

IMO2020, which comes into force from the start of next year, is expected to usher in a period of volatility in the bunker and refined oil products' markets.

The company's focus is bitumen, base oils, bunkering and petroleum products trading.