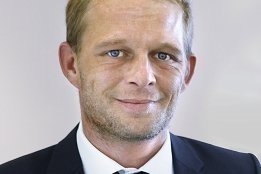 Lars Møller, the former CEO of OW Bunker's Singapore subsidiary Dynamic Oil Trading (DOT), has had his prison term extended to five years for this role in the company's collapse.

Today's verdict by The Danish High Court follows an appeal by prosecutors against the 18 month term handed down last year.

Møller was found to have not only granted credit to Singapore supplier Tankoil that was way above his $10 million limit, allowing the debt to reach $156 million, but he also benefited personally from the situation.

While Møller had claimed that top management were fully aware of what was going on and welcomed it, some $90 million worth of deals were kept in separate accounts.

Perhaps critically, while last year's original district court decision found no economic incentive for Møller as part of the Tankoil arrangement, leading him to be found guilty of the lesser charge of breach of trust, last week Special Prosecutor Marie Tullin said in 2013 Møller in fact received a DKK 4 million ($600,000) bonus on top of his DKK 2 million ($300,000) salary.

Møller, who also appealed last year's sentence, additionally claimed the relationship with Tankoil was different to regular customers as they were a subcontractor and therefore the $10 million limit did not apply.

His defence lawyer, Arvid Andersen, said today's verdict was a total surprise that they had not seen coming.

Fluent English speaking and writing, Spanish and any other language is an advantage.

It is highly likely that stringent wash water monitoring guidelines will be ratified in the near future, writes Chelsea Technologies' Elizabeth Paull.