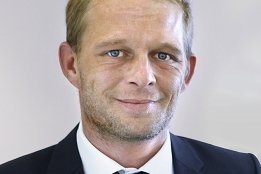 Top OW Bunker management not only knew of the vast debt being accumulated by Singapore-based bunker supplier Tankoil, they welcomed it, Lars Møller, the former CEO of OW's Singapore subsidiary Dynamic Oil Trading (DOT) has told the Danish High Court.

The comments came as part of his appeal against an 18-month jail term handed down last year for his part in the former bunker giant's demise.

Investigators found the Tankoil debt had reached $156 million, which was a major factor in the former bunker giant's sudden bankruptcy in 2014.

With an official credit limit for customers said to be $10 million, Moller was charged last year with granting credit outside his mandate, something he has consistently denied.

Møller says his understanding of the relationship with Tankoil was that they were a subcontractor with fluid credit terms, rather than being a customer

During this week's appeal he reiterated his position that top OW Bunker management and specifically group CEO Jim Pedersen was well aware of the situation. The pair would discuss the Tankoil debt every two weeks via a video call, he said.

Not only was the mounting debt not seen as a problem, Møller says the situation was welcomed due to the interest being paid.

Møller said that Tankoil would also pay them every month and, while he acknowledged that the full amount owing would not be repaid which is what lead to the huge debt being accumulated, he had no doubts the total owed would eventually be paid.

It was an outstanding, not a loss, he said.

Besides, not only could the OW head office see the draw DOT had made on its overdraft facility, Møller says his understanding of the relationship with Tankoil was that they were a subcontractor with fluid credit terms, rather than being a customer where DOT's regular credit limits applied.

Further, Møller says Pedersen understood that the accumulation of such a debt was necessary when dealing with a barge company like Tankoil, particularly given the aggressive growth goals that needed to be achieved at almost all costs.

The focus was on volume rather than earnings, he added.

Pedersen, who was also charged for his role in the collapse, died in March 2017.

Given that Singapore is by far the world's biggest bunkering port, an indicator of just how successful the plan had been is the fact that for 2013 Tankoil managed to jump from 66th to 7th on the Maritime and Port Authority of Singapore (MPA)'s list of bunker suppliers ranked by volume.

That projection of success continued almost to the very end, and as some readers will no doubt remember, just three weeks prior to the OW bankruptcy announcement DOT hosted a lavish and widely-attended rooftop party as part of SIBCON 2014.

Significant questions remain despite Møller's explanation of events, not least why some $90 million of trades were not entered into DOT's consolidated accounts, and why DOT's financial manager, Kimmie Goh, said in a 2014 email to Møller that they should pray OW's head office do not figure out what was going on.

It is perhaps unsurprising then that Møller's sentence has also been appealed by Danish prosecutors who are pushing for a harsher 5-year term to be applied.

Key to the original district court decision last year is that they saw no economic incentive for Møller as part of the Tankoil arrangement, leading him to be found guilty of the lesser charge of breach of trust.

In addition to several witnesses recalled from the original trial, Danish media reports a new witness has also been called as part of this week's appeal.

The case is expected to conclude next week and the verdict could have implications that reach far beyond just the fate of Møller.

With the bankruptcy of OW Bunker coming a little over seven months ofter an otherwise successful IPO valued the firm at $1 billion, many former investors are still seeking a route to compensation they feel is owed to them by the company's former management and its previous private equity firm owners Altor.