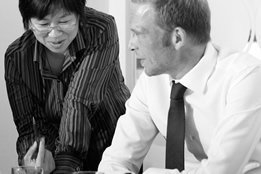 Both CEO Lars Moller and finance manager Kimmie Goh were said to have been aware of repeated breaches of OW Bunker's credit policy.

there were repeated breaches of OW Bunker's credit policy

A critical new report from OW Bunker trustee Soren Halling-Overgaard has declared that the business relationship between the bankrupt company's now-defunct Singapore subsidiary Dynamic Oil Trading (DOT), and ex-Singapore top 10 bunker supplier Tankoil Marine Services (Tankoil) and its former entities, made no commercial sense and should have been terminated in 2012 in order to safeguard the interests of OW Bunker & Trading A/S.

Further, the report finds that in conducting business with Tankoil, along with its former entity Petrotec Pte Ltd. (Petrotec), there were repeated breaches of OW Bunker's credit policy and both CEO Lars Moller and finance manager Kimmie Goh were aware of those breaches.

Tankoil, which essentially took over from Petrotec and assumed the latter's debt in 2013, were both owned and managed by Singaporean Dennis Tan.

Indeed, the report noted that when DOT set up its customer account for Tankoil it was linked to Petrotec in a way that, among other things, meant as per OW Bunker Group guidelines the granting of any credit had to take their inter-relationship into consideration.

The Tan entities were found to be by far DOT's biggest customer, with 85 percent of DOT's total reported net sales in 2013 either directly or indirectly involving either Petrotec or Tankoil.

However these were not the first interactions Tan had had with OW Bunker, with the report noting also that beginning in August 2011, OW Bunker Far East had already executed trades with another majority owned Tan entity, Oasis Asia Marine Pte. Ltd. (Oasis).

In the report, Halling-Overgaard assessed that the role of Tankoil, and Petrotec before it, was limited to transporting bunkers on behalf of DOT, often using the barge Sophie 9.

"In other words, it was effectively no more than a distribution service," he said.

"However, DOT chose - instead of purchasing the distribution service - to sell the entire oil delivery to Tankoil, only to buy back the same quantity that Tankoil delivered to DOT's customers, whereas DOT's buyback from Tankoil occurred at a price lower than the price at which DOT had previously sold the oil to Tankoil."

This unusual trading relationship appears to be unique to the Tan entities, the report noted, and trading with DOT's other customers - which amounted for only about 15 precent of sales - "does not immediately appear to have been carried out in the same way."

The report detailed as an example the sales of August 2013, during which DOT posted bunker sales to Tankoil totalling 89,388 metric tonnes (mt) at an average price of $608.66 per mt (PMT).

DOT had bought the bunkers from the original supplier at an average price of $606.66 pmt, thus realising an average profit margin of $2 pmt.

The report notes that, in accounting terms, DOT therefore booked a profit on both the sales to, and purchases from, Tankoil. 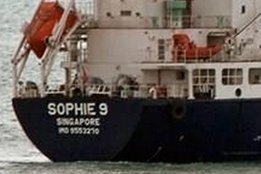 Halling-Overgaard says the role of Tankoil, and Petrotec before it, was limited to transporting bunkers on behalf of DOT, often using the barge Sophie 9.

"Instead of posting an overall loss, which was actually the case, they posted a book profit by trading with Tankoil as described," the report said.

The trustee notes that just to break even, Tankoil would therefore have had to have sold the volume that was not sold back to DOT for $2,628,000 – a sales price of about $2,240 pmt compared with DOT's average end customer sales price of $589 pmt.

"The reality of the trade – as it appears to the ad hoc trustee – was that DOT was continuously making more credit available to Tankoil through drawdowns on O.W. Bunker & Trading A/S' credit facilities."

In April of 2013, OW Bunker ran a credit check on Tankoil and Petrotec and was advised not to approve a credit line of over $100,000 for Tankoil, and only grant credit to Petrotec if it had confidence in the company's owner.

It was noted that this assessment was identical with another assessment performed by the same credit agency, Ocean Intelligence, a year earlier.

"In the assessment of the ad hoc trustee, DOT's management and Group Management/the Group Credit Office should – having regard to the foregoing – have put a stop to DOT's trading with Petrotec as early as the autumn of 2012, as part of their duty to safeguard OW Bunker & Trading A/S' interests," Halling-Overgaard wrote.

Despite this, at the end of 2013 DOT was said to have requested OW's approval of a $10-million to $15 million temporary credit to Tankoil.

This was refused by OW Bunker CFO Morten Skou, who was said to be unwilling to approve such a credit due to Tankoil's large overdue debt at that time, and that any further consideration as to the extending of Tankoil's credit would have to wait until after the new year.

"In the view of the ad hoc trustee, the granting of credit to Tankoil could therefore – within the framework of the OW Bunker Group's credit policy – only take place up to USD 500,000 based on CEO Lars Møller's authorisation, although nor is there any documentation of such an appropriation in the material of the bankruptcy estate," Halling-Overgaard said.

In 2013 and 2014, Tankoil was ranked by the Maritime and Port Authority of Singapore (MPA) as its seventh and sixth largest bunker supplier by volume respectively, having been ranked the 66th biggest in 2012.

As previously reported by Ship & Bunker, MPA revoked Tankoil's bunker supplier licence in February 2015, saying that "routine checks" had revealed "discrepancies and wrongful declarations in the records kept on board their bunker tankers."

The former top 10 Singapore bunker supplier was eventually declared bankrupt later that year, and Halling-Overgaard notes that as part of his own investigations he reviewed a copy of the report to the creditors of the former bunker supplier, which was produced by FTI Consulting.

the liability to DOT of approximately $154,000,000 is registered in Tankoil's estate in liquidation, "an amount that essentially corresponds to the one registered in DOT"

While the findings in FTI Consulting's November 20, 2015 dated report were said to be provisional, Halling-Overgaard said it provides an account of Tankoil's trade with DOT "which essentially corresponds" with his own conclusions.

Specifically, it found the same trading pattern between DOT and Tankoil, and that Tankoil was unable to obtain credit and thus operated solely as a distributor for DOT.

From March 2013, DOT accounted for around 95 percent of the assets in Tankoil, and in December 2013 DOT arranged a mortgage on the vessel Sophie 9.

Finally, the liability to DOT of approximately $154,000,000 is registered in Tankoil's estate in liquidation, "an amount that essentially corresponds to the one registered in DOT."

Ship & Bunker notes that, around the time of Tankoil's bankruptcy, Sophie 9 was arrested and subsequently put up for auction with bunkers onboard worth almost $1 million.

In summary, Halling-Overgaard said that as early as late summer/autumn of 2011 when the OW Bunker Group began trading with the Tan controlled entities, "such trading appears to be carried out on terms that – in the ad hoc trustee's view – lack any general (sound) commercial justification."

The trustee adds that there was "a particularly questionable credit culture in relation to OW Bunker Far East's and DOT's trade with the companies controlled by Dennis Tan" in which not only was the Group's credit policy not observed, no measures were taken to prevent deliveries in breach of defined credit limits.

There was also a persistent lack of any consistent enforcement of terms of payment, said Halling-Overgaard, who added that this was all known not only to management/senior employees in DOT, but it was also to a significant extent known to/approved by most of OW Bunker's Group management.

However the Trustee notes that at the turn of the year 2012/2013, there was no reason to think that either the Board of Directors of O.W. Bunker & Trading A/S or former owners Altor would have been aware of the trading conditions regarding Petrotec, but nevertheless "at a subsequent point in time should have been aware of the special circumstances that characterised DOT's trade with first of all Petrotec and then Tankoil."

"The consequences of DOT's trading with first Petrotec and later Tankoil were – in the ad hoc trustee's assessment – a key factor contributing to the OW Bunker Group's financial collapse in November 2014," Halling-Overgaard concluded.

At the time of the bankruptcy, OW Bunker described the situation at DOT as a $125 million fraud, but allegations of any wrongdoing have been repeatedly denied by Moller's lawyer.

In the third part of Ship & Bunker's interview with Tyler Baron, the Minerva Bunkering chief sets out his assessment of IMO 2020 so far.