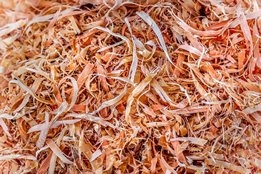 An EU-funded project aiming to develop low-cost biofuel bunkers has officially got underway this month.

The IDEALFUEL consortium is being led by the Eindhoven University of Technology (TU/e) and includes several collaborators including Winterthur Gas & Diesel and Varo Energy Netherlands B.V..

The project has received a €5 million grant from the European Union’s Horizon2020 programme.

The group says it aims to develop new production methods for sustainable maritime fuels based on lignin - a class of highly abundant organic polymers found in the cell walls of many plants and trees.

While the price of current biofuels is falling and uptake is increasing, cost remains a key barrier to their wider adoption.

A number of other groups, including the LEO Coalition group set up last October that includes Maersk, BMW Group, and Wallenius Wilhelmsen among its members, are also looking to develop lignin-based biofuel bunkers.

Interest in biofuels has increased significantly as the industry looks at ways to reduce its GHG footprint in line with the IMO 2030 and IMO 2050 GHG reduction targets.

So-called "drop in" biofuels are particularly attractive as, unlike some alternative fuels such as LNG and ammonia, they can be used in the same oil-burning engines found in vessels today without modifications.

Analysts again debated where the oil market is heading in 2023.