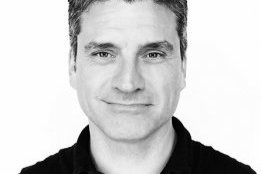 Biofuels firm WasteFuel has launched a modular methanol production unit that can produce up to 100 mt per day of green methanol bunkers from waste products.

The firm says a variety of waste sources can be used, including landfill gas and biogas from anaerobic digestion.

WasteFuel says its scalable 'WasteFuel Methanol Module' takes a number of novel approaches to methanol production, including simultaneous wet and dry reforming, and it has filed a provisional patent application for its technology that will be available for licensing.

Methanol is seen as one of the key marine fuels of the future as the industry looks to decarbonize, with Maersk having already bet big of the alternative fuel with an order for 12 new methanol-fuelled 16,000 TEU boxships being delivered from 2024.

WasteFuel is one of several suppliers who by the end of 2025 will collectively provide at least 730,000 mt/year of green methanol to Maersk.

"Green methanol is critically important in decarbonizing global shipping and the supply chains of companies who depend on it," said Trevor Neilson, Co-founder, Chairman and CEO of WasteFuel.

"The WasteFuel Methanol Module will allow WasteFuel and companies who license the technology to convert municipal waste more efficiently into green methanol around the world."

"This is an important milestone in the regulatory progress for New Nuclear in Maritime," says Core Power's Mikal Boe.

The company is looking for candidates with experience in the bunker or shipping industry and fluent in written and spoken English.