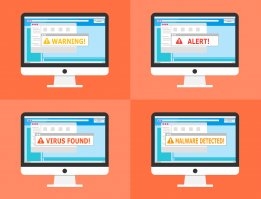 A malware attack was behind MSC's outage over the weekend. File Image / Pixabay

Container shipping company MSC has confirmed an outage that shut down its website and some of its digital tools over the weekend was caused by a cyberattack.

"After a thorough investigation, we confirmed that it was confined to a limited number of physical comouter systems in Geneva only and we determined that it was a malware attack based on an engineered targeted vulnerability," the company said in a statement on its website Wednesday.

Earlier on Wednesday the company said its systems had all recovered from the attack.

The incident will have triggered memories of the cyberattack on Maersk in June 2017 that severely disrupted operations at the Danish firm's terminals.

MSC is now reviewing its internal IT systems "both from a software and an infrastructure perspective" to prevent future attacks, it said Wednesday.

The Solar Sal, piloted by owners David and Alex Borton, made its way from Bellingham, Washington to Juneau, Alaska over the summer.

The organisation has published a report setting out its policy position ahead of the next MEPC meeting at the IMO and COP 26.