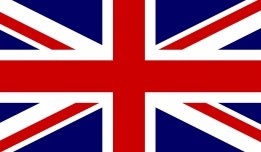 The UK has set a target date of November 22, 2022 for the Merchant Shipping (Nuclear Ships) Regulations to enter into law.

The largely technical move will transpose Chapter VIII in the Annex to the International Convention for Safety of Life at Sea, 1974 (SOLAS) together with the Safety Code for Nuclear Ships (res. A.491.XII) into UK law.

From a practical standpoint, it moves the industry one step closer to the possibility of nuclear-powered commercial ships.

"This is an important milestone in the regulatory progress for New Nuclear in Maritime," said Mikal Boe, Founder and CEO of nuclear power firm Core Power.

While nuclear-powered merchant vessels have historically been seen as impractical, from a political standpoint of nothing else, interest in the technology has been growing as marine shipping looks to eliminate its GHG emissions.

Indeed, only last week the US Government has launched a new study looking into the possibility of using nuclear power in commercial shipping.

Core Power, who next month will host an in-person event exploring the viability of using nuclear power for marine shipping, highlight that nuclear can be used either as direct power for a vessel, or in the production of potential future marine fuels including green hydrogen, ammonia, and methanol.

To become mandatory for all ships from January 1.

The firm is working with the Meyer Werft shipbuilding company to complete the construction of the cruise ship formerly known as Global Dream.