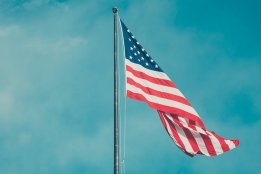 The US is seeking to study the potential for nuclear-powered shipping. File Image / Pixabay

The US Government has launched a new study looking into the possibility of using nuclear power in commercial shipping.

The Department of Energy has awarded classification society ABS with the contract to carry out the $800,000 study, ABS said in a statement on its website on Wednesday. ABS will also carry out a smaller study specifically looking at molten salt reactor technology.

"Modern nuclear technologies are increasingly suggested as a potential solution to shipping's decarbonization challenge," Patrick Ryan, senior vice president for global engineering and technology at ABS, said in the statement.

"The technology certainly has potential both in terms of its contribution to emissions reduction and for US shipyards and their supply chains to leverage national investment in terrestrial nuclear energy development.

"Nevertheless, many questions need to be answered and it is critical the industry is able to evaluate these technologies with a laser focus on safety."

Nuclear propulsion is currently mostly only being used in military vessels, but supporters argue it could be a useful technology option as the shipping industry seeks to eliminate its carbon emissions. The largest challenge facing it is a political one, with the need to persuade sceptical port authorities around the world to allow nuclear-powered vessels to operate in their jurisdictions.

Panos Tsikleas has joined SEKAVIN as senior bunker trader as of last month.

California May Consider Tighter Rules for at Berth Emissions

But practical proposals at early stage.